Next Exhibition-Living in a Magic Forest

LIVING iN a mAGIC fOREST 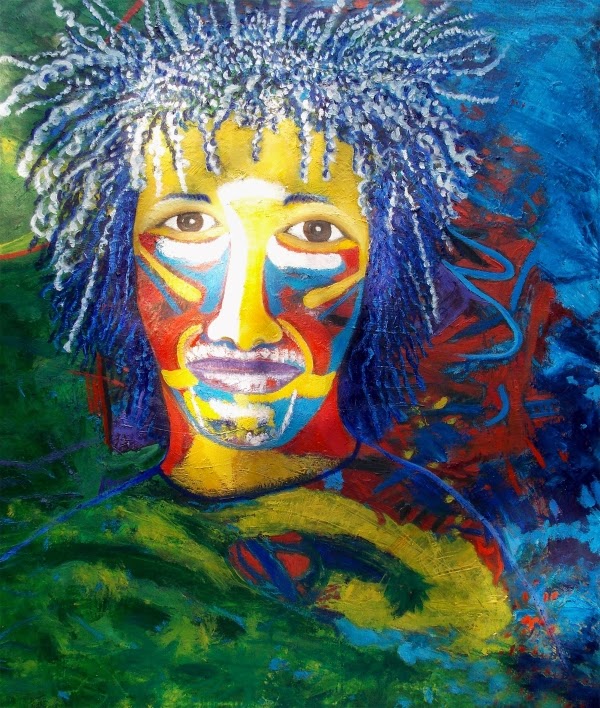 The forest left the boy afraid yet fascinated,a little enchanted and when he looked by his side he saw the sea.On the sea he felt like a giant,having sailed on it before,knowing the greatness,the mystery,the deception,the beauty,the richness,the certainties and currents.He had seen mermaids and fish,the Goddess of the sea (Yemanja) and a neckless.Then he came across a fairy in the thick forest,discovered waterfalls,rivers and rapids,pools and mangroves,riches he had never seen before.He heard the animals saying that it was possible to dream.Weary,on his way home he gazed at the star-studded sky and returned flying,longing to see the city,feeling a sense of happiness while dressed as a macaw soaring into the heights.Then he saw the lights of an altar.At home,his space,his refuge,he dressed in colours and began to paint.

William Duncan uses oil and acrylic in his paintings. Alex Rezende works with digital media and collage. William and Alex often work together on some pieces, using a range of recycled materials. The artwork, which we are showing, is influenced by the experience of living in Paraty, a small, historical town in the area of the Atlantic rainforest of Rio de Janeiro state in Brazil.
William enjoys working with bold colours, which are inspired by the lush vegetation and light of his surroundings. William and Alex use a type of fruit called coite, which is similar to a gourd. This is used as a base for our work with masks, which form part of our exhibition.

Posted by Alex Rezende at 09:16 No comments: